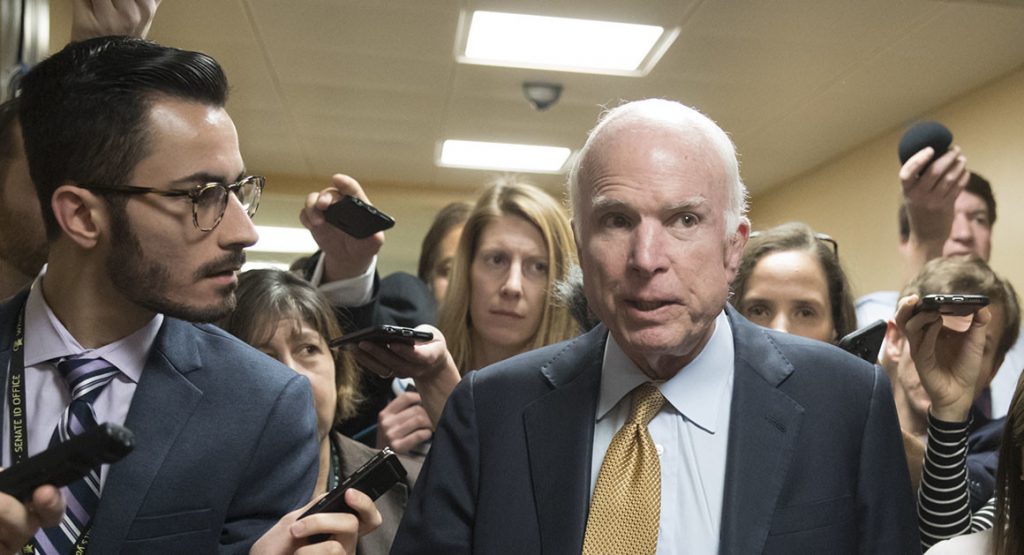 Senator John McCain signs on to a draft bill that forces social media platforms such as Facebook and Twitter to provide more transparency of political ads purchased from their systems.

The bill, called the Honest Ads Act once passed, forces digital platforms with more than one million users to provide a public database of all issue advocacy ads purchased by an individual or group who spends more than $10,000 on online political ads. The bill states the database would contain a copy of the ad, the target audience, number of views, dates and times of publication, money spent, and the contract information of the ad’s purchaser.

Additionally, the bill would include digital platforms and paid online ads to the 2002 Bipartisan Campaign Reform Act, which prohibits corporations and unions from using their treasury funds to finance issue advocacy ads on broadcast television, radio, cable, and satellite communication.

The bill was introduced by Senators Mark Warner and Amy Klobuchar after Facebook announced that the Russians used its platform to create political dissent by disseminating politically divisive ads. The ads, according to Facebook, covered controversial issues such as LGBTQ, gun rights, Black Lives Matter, and immigration.

“Russia attempted to influence the 2016 presidential election by buying and placing political ads on platforms such as Facebook, Twitter, and Google,” Warner and Klobuchar said in a statement reported on CNBC. “The content and purchaser(s) of those online advertisements are a mystery to the public because of outdated laws that have failed to keep up with evolving technology.”