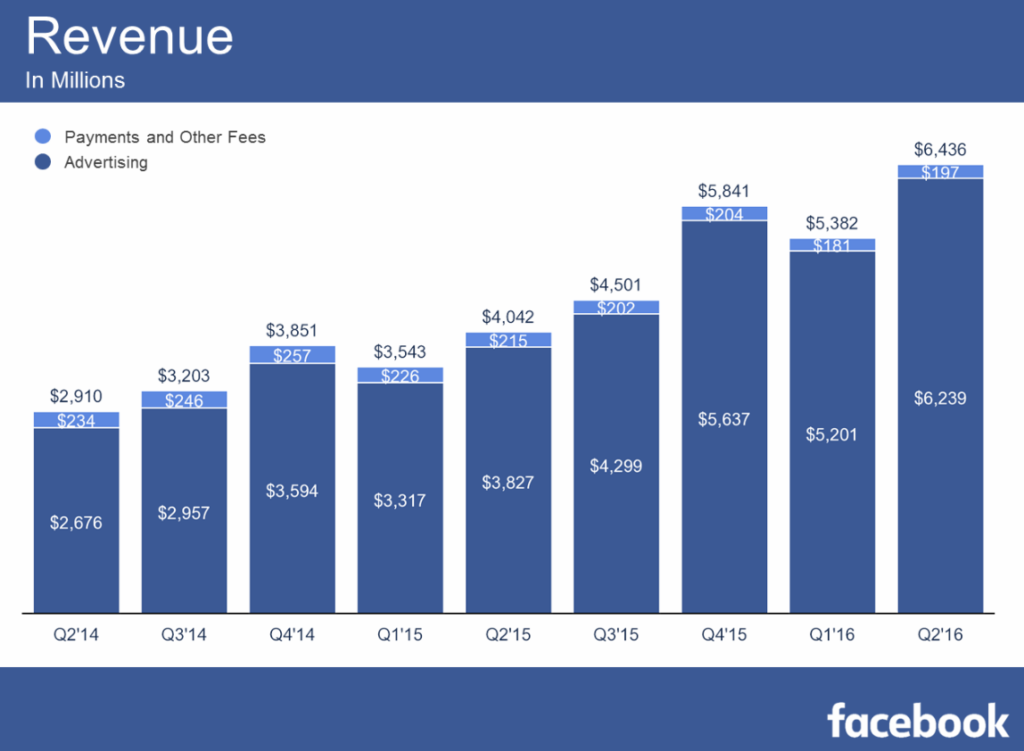 Facebook had their quarterly shareholders’ meeting today which gave some insights into Facebook’s future. Here are the top Facebook trends to expect for 2017.

Mark mentioned this several times during the call. Facebook is continually innovating when it comes to video, and one day, the platform may be all video. Facebook is still investing heavily into its video platform and distribution and shows no signs of slowing. The rise of Pokémon Go is a clear indicator that mobile phone will be the mainstream device used to consumer augmented reality and virtual reality content.

If there was one takeaway from the investor call, it’s that Facebook is dominating mobile. Daily and monthly active users and mobile ARPU is rising. The total mobile ad revenue is up 81% year after year. Facebook has generated $11.4 billion ad revenue so far in 2016 and 84% of it comes from mobile. Thumb stopping creative will continue to drive consumer behavior when it comes to ads.

Facebook has always been focused on connecting people. However, with new features such as Instant Articles, groups and business pages, Facebook is creating new opportunities to enter the paid search arena. Facebook currently generates around 2 billion searches per day in the form of business, event, people and group searches. Mark Zuckerberg stated that this brings in a new consumer case, focusing on a three part approach: creating new products that allow users to organically interact with businesses, giving businesses the tools to reach more users, and receiving advertising funds from companies. While Facebook claims to be currently in the second phase in search, they are internally discussing leveraging the power of search and pursuing the ad dollars traditionally reserved for Google.

When asked about Snapchat and teen user trends, Mark Zuckerberg replied that Facebook, which is still the best way to reach the largest global teen audience, beats Snapchat in teen engagement. Zuckerberg acknowledged the annual change of teen usage evidenced by the increased engagement in Instagram, Messenger, and What’s App.

Ad load, or the amount of ads shown to Facebook users, will show Facebook’s rapid growth. Facebook’s CFO stated that factors such as ad load by region and placements will indicate if Facebook can continue to expand their reach. The ad load will be less significant in driving revenue after mid-2017, and the number of ads shown to Facebook will grow “modestly” over the next 12 months. Facebook believes that the current supply and demand growth have been optimal and continue to create an ideal situation for them.

Facebook’s over 60 million monthly active fan pages are a far cry from the reported 3 million signed up advertisers on their ad network. This means there is still a huge opportunity to grow their revenues and reach more businesses. In fact, 80% of advertisers started with a simple advertising method called sponsored posts. Facebook will continue to create opportunities, innovating ad units that allow businesses to create a compelling story while reaching a large audience. Lead ads, introduced in Q1, are now showing a 9.3% lower CPL than any other online media.

Users are changing how they share content. As users move from desktop to mobile, their needs have evolved from sharing photo albums and using large amounts of text to watching and posting videos. Consumers are leveraging tools to enable private, small group, and public sharing.

These seven trends, and the details discussed in today’s meeting with Mark Zuckerberg, show that Facebook dominates the social media scene. So far, good fortune lies ahead for Facebook.