Facebook notes was a method of publishing original content that your audience could engage with. Its rich-text format allowed it to stand out compared to other text posts when appearing on someone’s news feed, and the very name allowed for more of a personal insight into the company using it allowing for a better customer relationship.

Plus, later updates of the feature allowed for added customization and personalization so these long-form texts can remain visually appealing. On top of your long-form content, you could add a cover image and format images to your heart’s content within the actual body of the post. 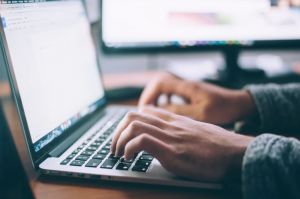 How Were Notes Used for Marketing Purposes?

Many people published their long-form content under the notes feature for a variety of reasons. The first being that it was more likely to show up in someone’s news feed because otherwise the algorithm would be thrown by all of the outbound links, setting a signal to promote some other post.

You could also have your notes be a location for featured content, such as an expansion of something you talked about in a blog post. This could allow people to be interested in learning more and going to your website themselves.

Plus, even without outbound links, long content is not always what someone is hoping for when they are scrolling through Facebook. After all, sometimes they just want to get their updates and move on with their day. This feature allowed those who wanted to read to read and those who wanted to opt-out that option as well.

Notes were also widely loved across non-profits because they would be able to use them to produce long-form content without having to build a web page. For example, one of their first notes could be along and a thorough introduction of their mission and non-profit’s goals.

Despite all of its benefits like connecting others or being a nifty channel for marketing, Facebook notes were removed from Facebook profiles, personal and business accounts alike by the end of October 2020. The published notes will not be removed from the site, but as the feature is being removed, so are any unpublished drafts or hopes to create more. Plus, you can not edit any published notes so hopefully you did a good and thorough edit.

Facebook notes were removed due to their overall declining popularity.