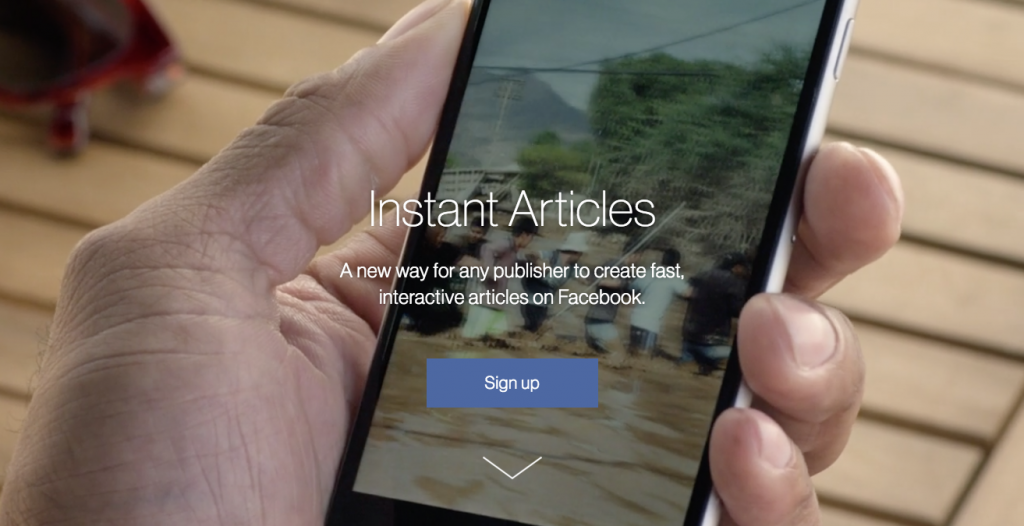 As a kid, my parents thought it would be a good idea to teach me a strong work ethic and thus, signed me up as a paperboy. Yay! My Sunday morning routine as an 8-year-old now included loading the papers onto my bike and riding around my neighborhood at 6am. A few year later, my parents were visiting our science teachers house when he powered up his computer and showed us AOL. It was my first experience seeing the Internet and I had no idea how much the world was about to change. The newspaper industry that was a media powerhouse for 250 years died that day, it just didn’t know it yet.

Flash forward to today, where I experienced deja vu and just watched an equally shocking moment in time – a moment where the publishing and media industry is again about to get rocked. Just as the internet killed the newspaper, there is nearly nothing that can be done to stop this similar shift from happening again. I’m watching the F8 developers conference from my Santa Monica office where there’s talk about internet beaming drones, virtual reality headsets and the new wave of Messenger bots that are coming. While these are exciting, I’m eagerly awaiting the one topic that has fascinated me: Instant Articles.

Here’s the basic premise: Publishers have content, Facebook has users. Facebook generally sends its users to publishers websites to read the content. Publishers sell ads next to their content which is how they make money. But wait… Facebook also sells ads. Hmmmm, interesting. Since publishers cannot offer a mainstream social experience to their users, Facebook used their advantage and built Instant Articles, or a way for publishers to directly insert their content into Facebook. But lets be honest, it’s really a way for Facebook to keep users on their site more by leveraging the content of the world.

Instant Articles allows content to be uploaded and cached by Facebook, which means it can be quickly viewed and shared without leaving Facebook. It also potentially means no more traffic to the publishers website and no more ads. Wait… what? So why would a publisher ever agree to this? Ahh thats simple…they are used to being the top content providers and didn’t see the changes coming, or weren’t quick enough to find solutions to their audience shrinking problem; their constant drive for readers is pushing them to expand. Plus, with Facebook toting the following upsides of the Instant Articles how can they resist.

To seal the deal, Facebook offers the ability for publishers to generate revenue from the ads.

Seems like a win-win. Publishers get users, Facebook gets content. Everyone makes money. Right? Well, not so fast. Everyone on the planet now has the ability to become a Instant Article publisher. Meaning, Facebook is becoming the digital newspaper for the entire planet and creating a level playing field for content.

The content that is the best (not the publisher that produced it) will now have the ability to reign supreme when viewed on Facebook. Instant Articles are going to be great for driving users to publishers content, but also bring them into a new era where the rules of the game are changed.

What do you think? Are you ready for the Facebook global newspaper?