What is an Ad Set?

Found and able to create, organize, and edit in Facebook Ad Manager, an ad set is a term used to describe a set of ads that have multiple commonalities. These commonalities range from bidding preferences to optimized audience targeting to schedules.

You will likely have a variety of ad sets that have different goals. They represent an organizational system for a multi-pronged approach to maximizing your ads’ conversions.

What Ad Set Level Options Can You Choose?

When you create an ad set, Facebook Ad Manager prompts you to give the ad set a specific name (or label) and to choose from the following options. Your choice will get automatically get applied to all ads in the ad set so choose wisely.

These are the options in the order that you will be prompted that you can customize within your ad set: 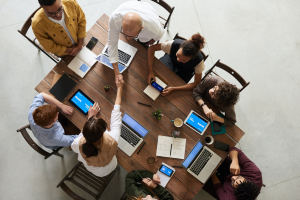 What is the Difference Between an Ad Set and an Ad Campaign?

These two terms are the two out of three categories that make up the structure of Facebook ads. Your Facebook ad will not run unless you create an ad campaign, then an ad set, and finally the ad itself.

Ad campaigns are largely conceptual, where you focus on the end goal for your advertisements. An ad set represents the different ways you can get there.