You are here: Home / Marketing / 4 Super Bowl Ads That Were Touchdowns 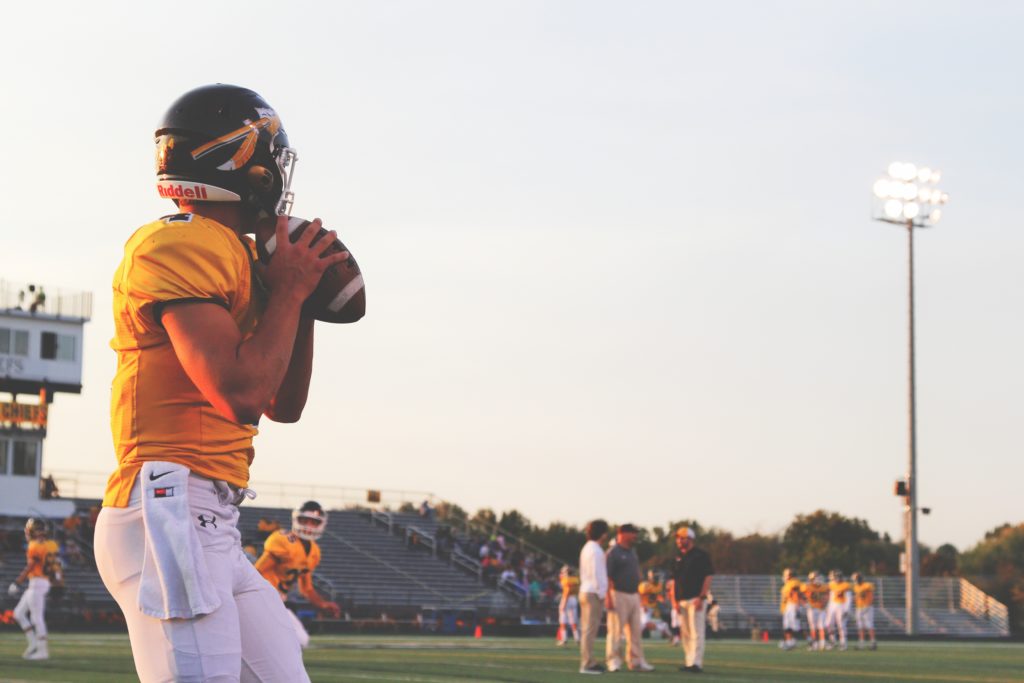 Super Bowl has come and gone, checking off yet another win for the New England Patriots. While Americans enjoy watching the big game, they also enjoy the creative ads that appear during commercial breaks.

Some of the best ads that ran during Super Bowl LIII had similar themes: hope, the future, and positive change. They ranged from emotional to educational to entertaining, with some mixing these qualities together.

Budweiser’s Super Bowl ad had the brand’s classic touch of emotional appeal. It begins with a close-up of a Dalmatian’s face flapping in the wind. It zooms out to reveal the dog sitting on an old-fashioned Budweiser wagon, pulled by horses across an open field. The camera moves along with the wagon in constant motion then zooms out to reveal windmills, with the text “Wind Never Felt Better” appearing on screen. Another text appears: “Now Brewed With Wind Power.” The ad ends with the Budweiser logo and the final words “This Bud’s for a Better Tomorrow.” The song “Blowin’ in the Wind” plays throughout the ad.

Budweiser’s ad has emotional appeal for multiple reasons. First, the close-up of the dog maintaining composure as the wind blows against him creates a sense of endearment—who doesn’t love the sight of a cute dog? Second, the music, along with the old-fashioned wagon, elicits feelings of nostalgia. Third, the message about wind and the words “This Bud’s for a Better Tomorrow” creates a sense of hope and positive change.

Microsoft: We All Win

Microsoft’s ad was a tearjerker. It featured a real story that promoted Microsoft’s adaptive game controllers for children with physical disabilities. The ad alternated between the nine-year-old boy talking about his love for video games and his parents sharing their desire to see him play with other children. It’s honest, raw, and inspirational.

The ad’s purpose clearly appears through the boy’s final lines: “No matter how your body is or how fast you are, you can play. It’s a really good thing to have in this world.” Microsoft finishes the ad with the message “When everybody plays, we all win.” Tissue, anyone?

Google used this ad to educate its audience, and it really hit its the mark in terms of quality. First, we know it’s a Google ad from the beginning as a user says “Hey, Google” to her phone. Then the narrator focuses on the words and the fact that more than 100 billion words are translated every day. The video shows people using Google Translate to communicate with different people in different countries.

With inspirational music in the background, the narrator talks about the most frequently translated words. Those are words about food, friendship, sports, and beliefs. The video also touches on some of the negative ways people use words, showing the words “Get Out” graffitied on a wall and then a scene of a riot.

But Google, being a credible search engine, sheds a hopeful light by educating us on what the most translated words in the world are: “How are you,” “Thank you,” and “I love you.”

Stella Artois: Change Up the Usual

Stella Artois cleverly entertains viewers in its unique ad featuring Sarah Jessica Parker and Jeff Bridges. The ad features two distinct characters from two famous movies changing up their regular routines. First, Sarah enters a fancy restaurant with the classic Sex and the City score playing in the background. When the waiter asks if she wants her usual, a cosmopolitan, she catches him off guard by saying, “Nope, tonight I’ll have a Stella Artois.” This unexpected declaration throws the entire restaurant staff off their game, causing broken plates and complete chaos.

Then, just when the restaurant settles down, Jeff Bridges enters as his iconic character from The Big Lebowski. When he approaches the bar, the bartender asks if he wants his usual white Russian. Jeff says, “No Gary, give me a Stella Artois.” A waitress drops her tray upon overhearing the unusual request. Jeff sits at a table next to Sarah, who says, “Excuse me—good choice.” Jeff then delivers the main message of the ad: “Well, changing can do a little good.”

The Stella Artois logo appears, with the text overlay directly beneath it: “Change up the Usual. To #PourItForward visit StellaArtois.com/DoGood.” The ad was a clever and entertaining way to promote the brand’s water campaign, which helps provide water access for people in need. That’s where we really see the emotional appeal of the ad.

If any of these ads made you nostalgic, you can look back at the Facebook highlights from last year’s Game Day.