What are Mixed Values?

The most important thing to know about mixed values is that when you edit one, Facebook’s programming edits all the other open ones automatically to match. This is incredibly relevant to avoid any mix-ups that could damage your ad campaigns and can be especially disastrous when you are working for a client.

That being said, it’s a convenient feature if there’s a mass edit you need to undertake.

Where Do They Come Across?

When you create an ad campaign, it is made up of an ad set. Ad sets are the ads that go together within a singular ad campaign. Because ad sets are grouped by commonalities, you may see differences in your budget, your target audience, or objective. Theoretically, you are sitting on all these ad sets within one ad campaign and just rolling them out waiting to see how they perform.

Furthermore, when editing an ad campaign, you are likely to edit multiple ad sets at once. You will see mixed values when, for example, these different ad sets have different budgets. When you are editing these fields at the same time, you will change all the fields for the ad sets that are open and currently editing so be wary of this multi-pronged approach. 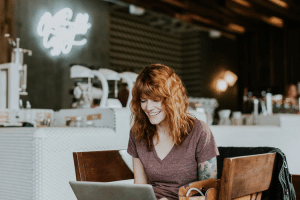 How Do I Combine Ad Sets?

Sometimes when you are editing these multiple ad sets that are a part of your larger ad campaign, you realize that maybe separate ad sets might allow for a more advantageous ROAS (or return on ad spending) once combined. Or you may have realized as your other ads are running and Facebook is learning what your audience may enjoy more, that your target audience needs to be broadened and that can be done by adding two ad sets together.

A super beneficial tool to rely on as you are working on and combining your ad sets is Facebook’s learning tool. This software draws from pre-existing data from your ad campaigns and spends that time optimizing your ads to get the most views it can for your budget. When it has run for other parts of your ad campaign, you can bounce off of this valuable data.

To combine ad sets, all you have to do is pick and choose which you want to combine and put in their matching options, and filling out the further creative information Ads Manager will prompt you to fill out.