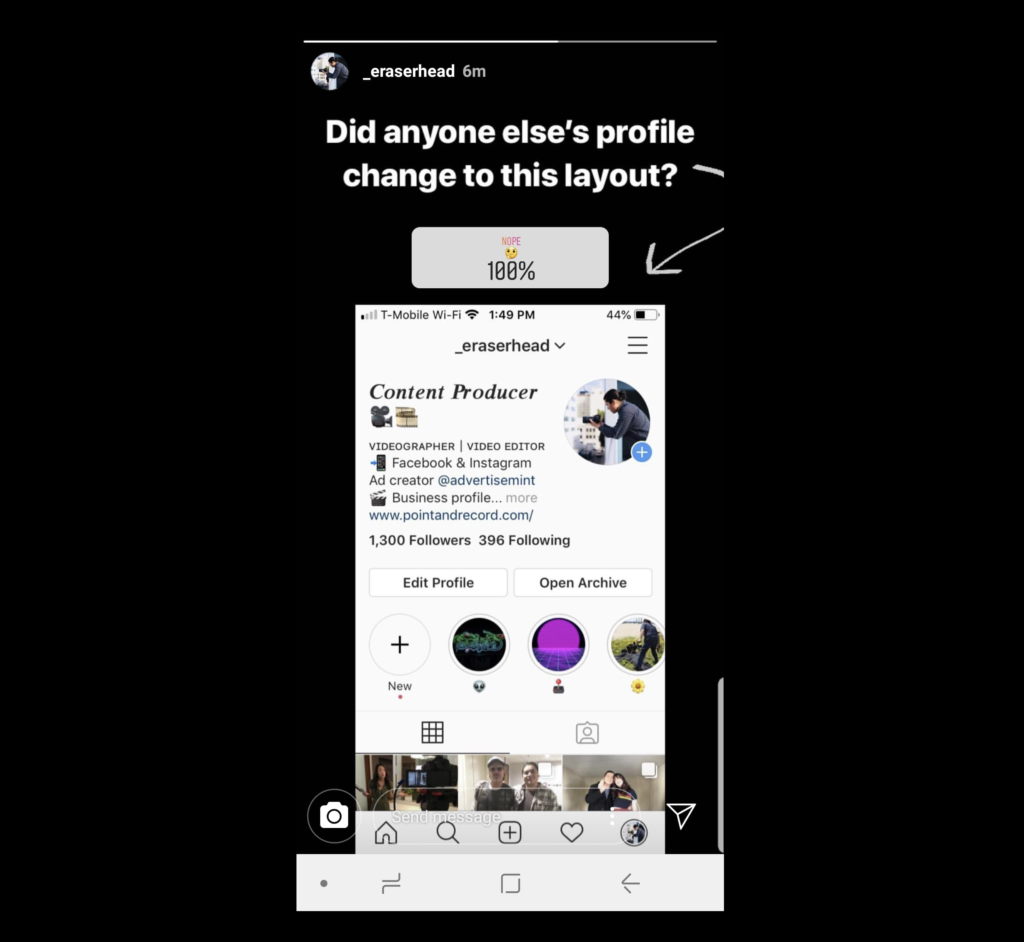 On November 2018, Instagram published a press release detailing several tests to its app. Today, one of those tests is showing on users’ Instagrams.

My colleague posted a screenshot of the new Instagram redesign that highlights the bio rather than the follower count. Instead of appearing in large bold font next to the profile image, with this new design, the follower count appears underneath the bio.

This update hasn’t appeared to my app yet, but according to my colleague, Esteban Gudino, so far it has also appeared to two of his followers.

Instagram said it was testing a new look to its app back in November, adding that the test will appear to users “over the next several weeks.” It has been four months since the announcement, and it’s entirely possible that the update appearing to users now is still a test, not an official rollout.

The redesign, although jarring to users accustomed to the original layout, can make Instagram a possibly effective web traffic tool. Since users promote their websites on their bios (it’s the only spot where Instagrammers can include clickable URLs), the website link will likely gain more attention as it is prioritized on profiles.

The redesign also de-emphasizes follower count, shifting the focus from followers to brand information when determining credibility. This shift makes sense for the social media company, since too many brands buy followers to inflate popularity and reputation.