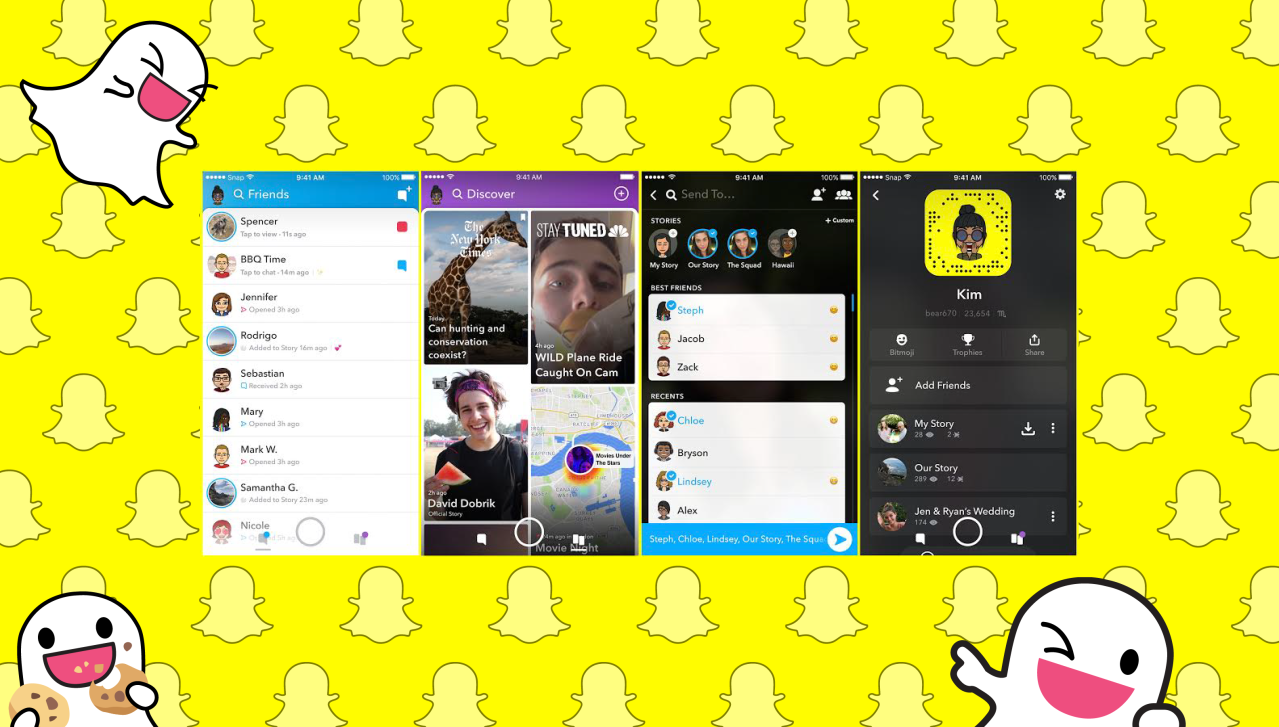 If you’re a loyal Snapchat user, you definitely noticed the app’s new way of organizing your content. Snapchat now sorts content based on its importance and relevance to each user, prioritizing Snaps and Discover content that your past activity indicates are most valuable to you.

Instead of organizing content in chronological order or placing what is considered popular by the masses first, Snapchat is now giving you a more personalized experience.

If you’re an advertiser, this is particularly promising news, especially if users viewed your ads or content in the past, because the new algorithm increases the likelihood that your content will appear higher in users’ feeds. Additionally, users will be less inclined to skip content and be more inclined to view your ads in full if most of what they see feels personalized.

Now when you open the Snapchat app, in addition to the typical open-to-camera feature, you get a navigation screen in the form of a profile. There, you’ll see the views of your recent Story, of Snapchat’s Our Story, and of your other group Stories. There, you can also easily access Snap Map.

According to TechCrunch, your new Snaps and chats are located at the top of the Friends tab. Closest friends’ Snaps come next, which are then followed by Snaps from other, less-interacted-with users.

As for major Snapchat influencers, TechCrunch says their Snaps (if you follow them) now appear in Discover. Influencers’ Snaps will only appear in your Friends tab if they follow you back.

Snapchat also added a new preview feature for Snaps. Instead of one Snap playing after another or you manually choosing which Stories to view, a brief preview screen in between Stories show which friend’s Story comes next. You can use this preview feature to either swipe down to exit or swipe to the next preview.

TechCrunch says the new Discover layout displays large preview tiles of publishers and creators you’ve subscribed to at the top of your feed. Below that content, you see content generated by Snapchat based on information the app has gathered from your past activity. If you see content you don’t really care about, you can select the option to see less of that type of content.

If you’re a social media star, you are in luck: Snapchat will now promote popular, content-approved stars to new audiences. In other words, users may see content from a social media star they do not currently follow under Popular Story. This is a good incentive for anyone who wants to monetize as a social media influencer, as there is greater promise for growth.

With this new algorithm, Snapchat is now competing against its rival, Instagram and its identical algorithm.