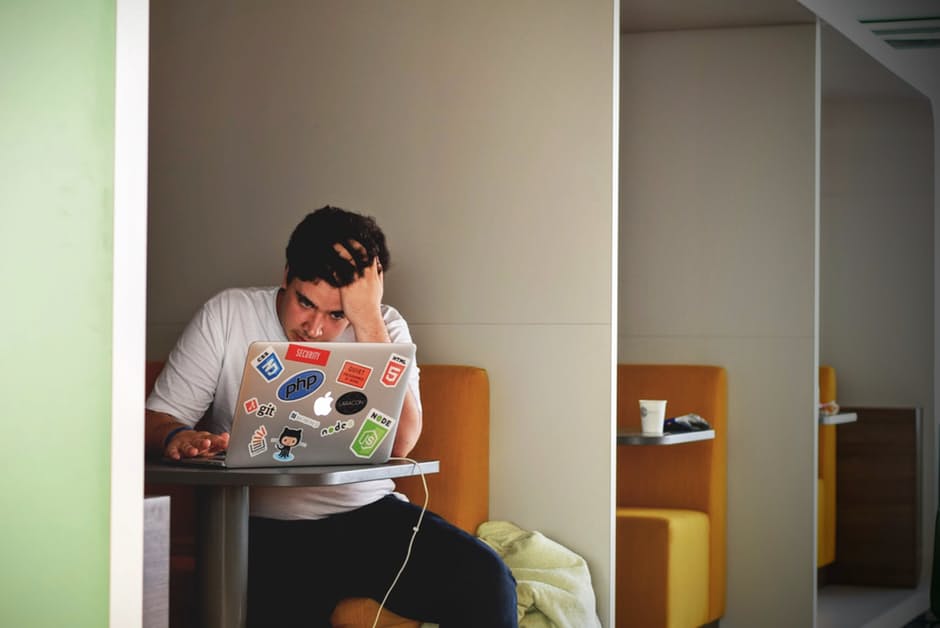 If your ad was rejected, it was likely because you violated Facebook’s extensive ad policy. Some of the rules are obvious ones, like the prohibition of targeting alcohol ads to minors, while some are obscure, like the prohibition of having too much text in your ads. Regardless of the nature of your Facebook ads violation, there are tactics you can utilize to avoid any additional future rejections.

Here are seven common reasons why Facebook rejected your ad.

1. Your Ad’s Image Has Too Much Text

“Ads may not include images made up of more than 20% text, including logos and slogans.”

Facebook doesn’t explain why it prohibits images with too much text, but one can speculate on two reasons:

Fortunately, there are exceptions to this rule. According to Ad Espresso, a digital advertising agency, the following does not count against you:

Whether or not you agree with this rule, it’s best to comply to deliver your ads.

To avoid this predicament, don’t write the word “Facebook” on any of your copies. Rather, refer to Facebook with alternative names such as “social media giant” or “social network.” As a leading Facebook ads company, this is especially prevalent in our line of work.

3. Your Ad Shows Before and After Photos

If your ad contains a before-and-after image, then you’ve violated one of Facebook’s ad policies. It states:

“Ads may not contain ‘before and after’ images or images of unexpected or unlikely results.”

Facebook prohibits before-and-after photos probably because those photos may inadvertently cause you to false advertise. If you promised surprising or difficult-to-obtain results such as extreme and rapid weight loss, your customers can take legal action should the product or service not deliver its promise.

If you mimic one Facebook feature, whether in the copy or on the image, your ad will be rejected. The policy states:

“Ads may not emulate Facebook’s site features or functionality by using language that contains false, misleading, fraudulent, or deceptive claims. This includes, but is not limited to, emulating Facebook Messages, Friend Requests, Wall Posts, etc.”

Examples of emulating Facebook features include claiming in your copy that someone sent you a Facebook message or using a photo that contains Facebook’s notification button. The sample ad below shows what this prohibited ad looks like.

If you don’t want Facebook to reject your ad, don’t emulate its features.

According to Facebook’s policy, your ads cannot contain nonexistent functionalities. It states:

“Images may not portray nonexistent functionality, including but not limited to play buttons that suggest video capability and close buttons that do not close.”

Here are examples of ads with nonexistent functionality:

While the left image does portray a button that you can’t click, the button still accurately describes the ad. Once you click the ad, you will be directed to a page that gives more details about the product. The left image, on the other hand, portrays a fake button that suggests video functionality. When clicked, the image won’t play like a video would.

6. Your Images Are Overly Sexual

“Images may not be overly sexual, imply nudity, show excessive amounts of skin or cleavage, or focus unnecessarily on body parts.”

If you’re a lingerie brand, choose your ad images carefully. If you’re not a lingerie brand but you plan to show images of excess skin, make sure the images don’t focus on specific body parts (like abs, cleavage, etc.) and don’t portray or imply sexual conduct.

Ads for the following countries are prohibited regardless of age because alcohol ads are banned in these countries.

If you want to advertise alcohol to different countries with different legal drinking ages, create separate ads for separate countries. For example, create one ad for Solomon Islands, Sri Lanka and the US, and create a separate ad for Canada, Korea, and Nicaragua.

Have your ads been rejected because of one or several of the reasons listed above? Leave your comments below or share this story with friends. Haven’t gotten started with Facebook ads yet? Learn how to create a Facebook business account the easy way!