What are Social Clicks?

Social clicks are any clicks on ads that feature social information, such as the frequently seen “your friend and XYZ amount of other people liked this.” In addition to likes, it can also be used for event ad campaigns. For example, if a friend RSVPd to the event that you are promoting and it says “your friend Y replied XYZ” under the event ad and Facebook attributes that to that social connection, it is considered as a social click. Same idea goes for apps. If a connection of theirs uses an app for which you are running an ad campaign for, and it says “X user uses this app alongside XYZ others” that could be the information that sends the user you are targeting over the edge to download the app themselves.

However, social clicks were removed as a payable metric by Facebook in 2015 in favor for link clicks.

How are Posts Attributed?

Posts are attributed in a very specific manner according to the internal Facebook algorithm. However, it is important to know how it is done so we can fully trust this rich data that we have at our very fingertips. It is also important to regularly refresh and check in on our understanding of it because it can change so quickly from time to time due to external software updates (such as getting rid of the 28-day click through attribution window).

Drawing from information related to time interacting with a certain ad and/or post, Facebook then can see the amount of time between viewing the ad and completing an action that has passed, Facebook uses their best guess (backed by data rather than the kind we may make) to attribute that action, whether it is engagement or active interaction, to your ad campaign. Depending on how you set your bidding process up during the Facebook Ad Auction process (what objective you set and whether it is a PPC campaign), this can also affect how much your company or your client will be spending (within their bidding range, of course). 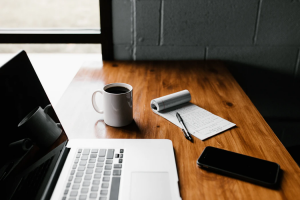 These are both essentially the same metric. They both count for a click that only occurred (or we assume only occured) because they saw that someone in their network did it first.

However, there is a small difference between the two that we should pay attention to. Without the addendum of the (all) after the metric, it changes what counts as a click. With the addendum, a click can account for any part of the ad, even if they are not linked or redirected to an external web page. This may happen, for example, if someone just comments on your ad, but does not turn into a conversion.