You are here: Home / Marketing / Mobile Insights: How Users Spend Their Time on Mobile Devices

The various ways users engage with their mobile devices reveal valuable information about the best way to market to them. Marketing data and research analyst Emarketer shared its US estimates on mobile behaviors to help marketers get the most out of their mobile strategies in 2018. Facebook, too, has its own data on mobile usage, focusing on usage of its products and online shopping behaviors.

According to an Emarketer interview with MacPherson, vice president of digital product and strategy at Epsilon, Gen Xers are avid smartphone users, who frequently shop online. They are also influenced by digital ads, but their reception to such advertisements vary by activity. A 2018 survey by Aki Technologies found that Gen Xers aged 39 to 53 are most receptive to mobile ads while watching television (57 percent), relaxing in bed (51 percent), shopping in-store (37 percent), and running errands (39 percent). 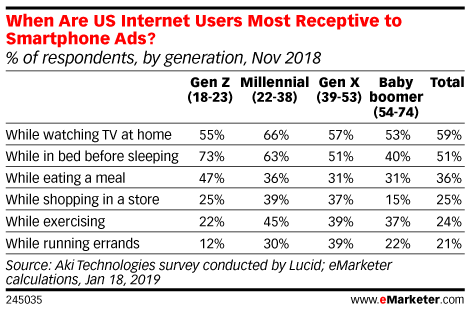 US mobile ad spending totaled $58.38 billion in 2017, up 25 percent from 2016. An estimated $45.26 billion of that total went towards in-app ads. Additionally, ad spend invested in mobile was double the ad spend in desktop.

According to Facebook’s mobile insights, consumers are more likely to make in-store visits to businesses when store owners target their audience with personal yet professional ads, such as Click-to-Messenger and Store Visits Ads. Once at the physical store, consumers are also more likely to use their phones to ask their friends for advice about a purchase they are thinking of making. Similarly, if consumers want to learn more about a product, they often go straight to their phones to get information, rather than speak to store associates, a RetailMeNot study found. 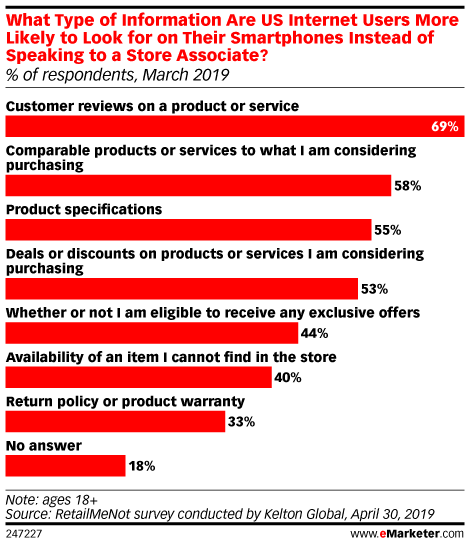 In the same Facebook study, the social media company asserts that calling a business is no longer the most convenient way to obtain information about a product or service. In fact, consumers are now more comfortable communicating with businesses through instant messaging apps, such as Facebook Messenger. This method is more convenient for them.