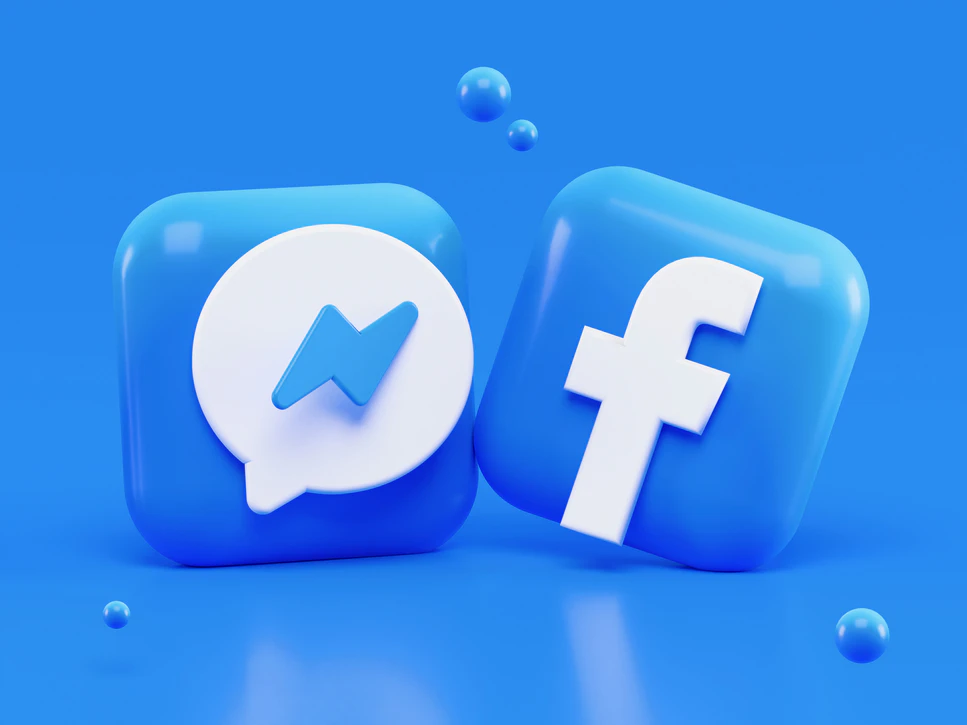 Here’s news you probably already heard: The iOS14 update has caused Meta (formerly Facebook) a lot of problems with their advertising business. Meta has already decided that their long-term solution is to build the metaverse, but the people using their ads can’t exactly wait out the massive decline in quality.

If you’re using Facebook or Instagram ads to increase your sales, get the word out about your brand, and find new customers, what can you do to help your campaigns avoid the common problems caused by the iOS14 update? Below, you’ll find 4 common issues Facebook ads users experience due to the iOS14 update, how to overcome them, and some general Facebook Ad tips to avoid further frustrations in the future.

Why it’s happening: Pre-update, Facebook was able to use this data to measure conversions faster and better because it had consistent signals of data from each action being taken by a particular user. The time it took for Facebook’s algorithms to figure out the best way to place your ads according to your goal CPA (cost per acquisition) was very brief, because every single person viewing and clicking was providing it more context.

With the iOS 14 update, a big chunk of users won’t give the algorithms a lot to work with, so the period of time it has no idea what might optimize your ad placements according to your CPA is much, much longer.

As a result, advertisers across nearly all verticals have seen CPA increases of 20-50%, which can absolutely devastate ROAS (Return on Ad Spend) and make it very difficult for advertisers to know how to adjust their ad spend or scale their ads. 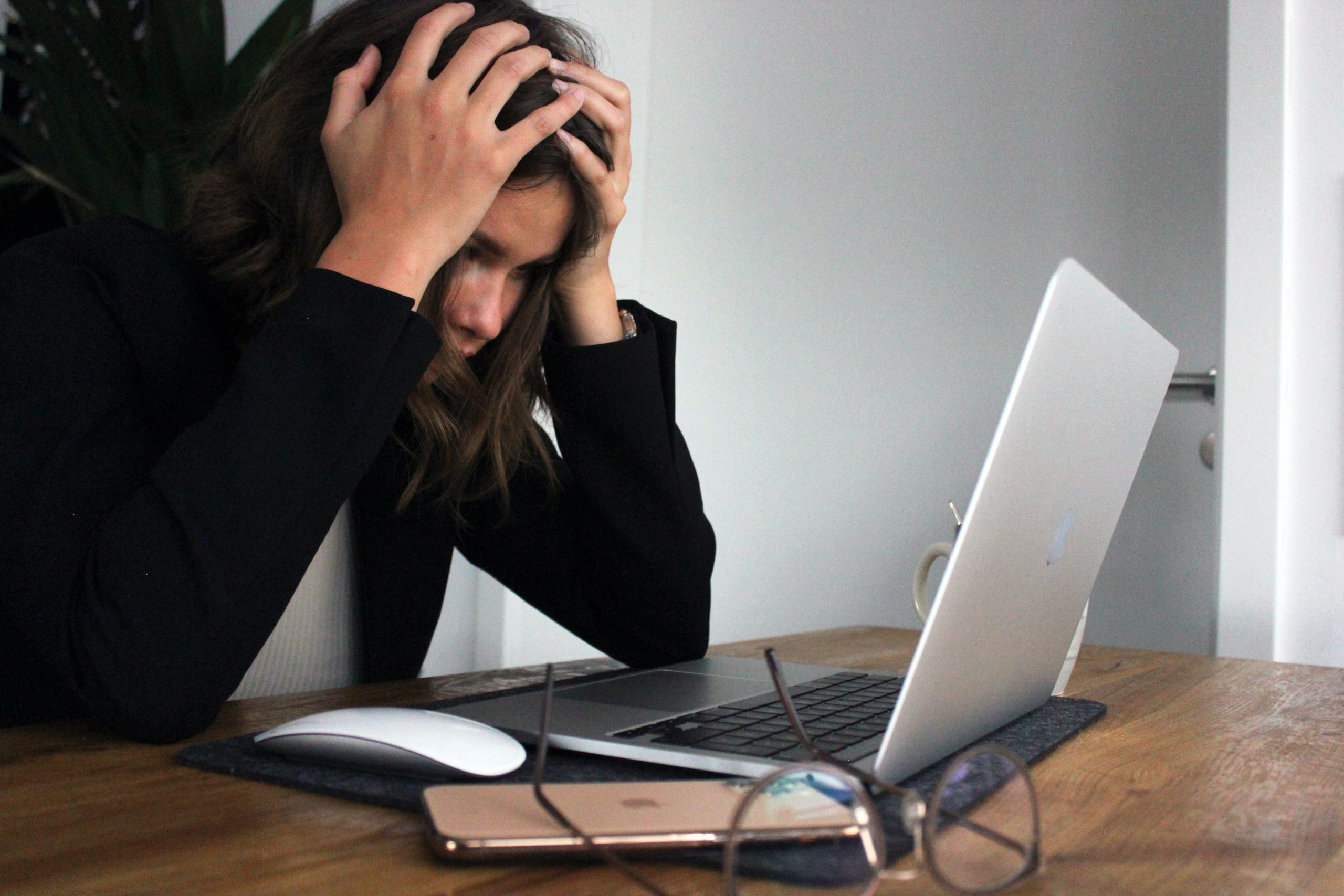 For years, testing out different campaign creatives, daily ad spends, and other campaign components was a matter of adding the change in, taking out any old creatives or underperforming setup options, and waiting a few days to see how it panned out. This is no longer the case.

Any time you edit your campaign, you’re restarting the process of Facebook’s algorithms figuring out how to optimize your ad.

Now that this phase is longer, that also makes testing and editing campaign elements and options incredibly expensive. By keeping your testing and scaling processes completely separate from each other, you’re ensuring that you keep this expensive phase of ad optimization as short and sweet as possible.

In other words, for every campaign you want to make, you should make a tiny budget testing campaign where it won’t absolutely kill your ROAS to make adjustments, and another campaign meant to be scaled using only the changes that have been tested and proven to bring better results. So if your previous Facebook advertising strategy used to look like this:

…and you’re experiencing problems with budget optimization, scaling, and/or high CPAs for Facebook Ads, try this setup instead:

Keep in mind that the algorithms are still just as good at optimizing your ad placements as before; they just need a heck of a lot more conversions to get the same amount of data. This strategy of separating testing and scaling completely ensures the campaign you’re putting your real money into is using only proven changes that are worth the more expensive waiting period as the algorithms get the data they need.

Why it’s happening: Data discrepancies in Facebook Ads reports are a result of the same issue as ad optimization issues: a loss of data overall.

For advertisers who depend on Facebook’s conversion tracking – which comes in the form of pixel-based conversions data – this is a huge issue that can drive up costs and create uncertainty of the usefulness of ad spend, especially when you have gotten used to 8 different types of conversion events and a 28-day attribution window. 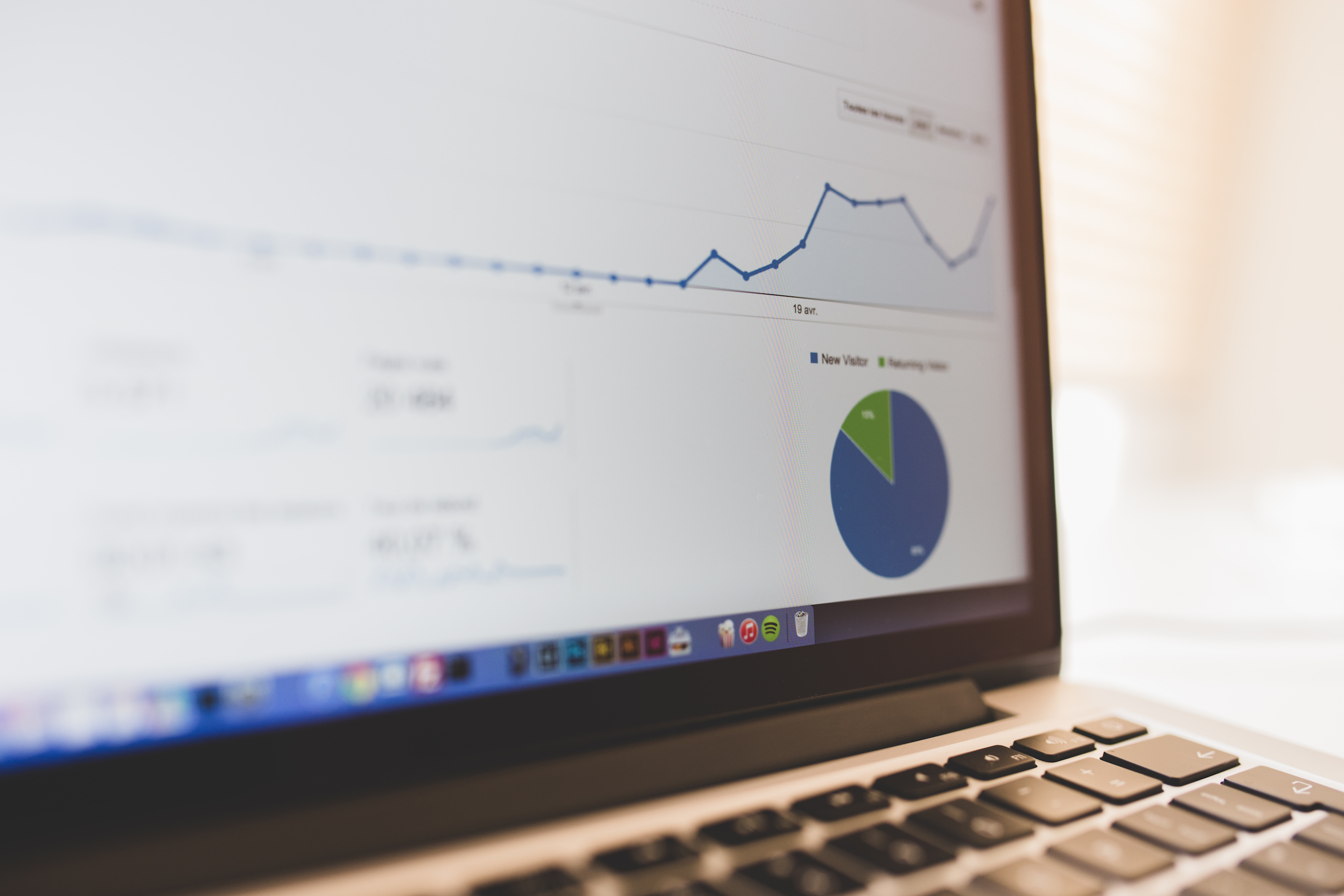 By default, even if you are using Facebook Pixel or Conversions API, you should start assuming that Facebook Ads reporting cannot provide you with comprehensive, accurate conversions numbers enough to be relying on it 100% as your source of truth.

So what do you do if you track conversions based on Facebook’s data?

How to track conversions for your Facebook Ad campaigns off-platform

The good news is that you don’t need to invest in any special tools or integrate anything unless you want to experiment for the sake of convenience. Even more good news, you can and should still use Facebook Pixel or Conversions API at the same time.

If you already have your own website, chances are you also already have integrations like Google Analytics to monitor traffic, sign-ups, and sales.

For those using Google Analytics, you can use the Google Campaign URL Builder to make a trackable link to use in your Facebook advertising campaign. The URL you create can serve as the destination URL for your ad campaign or can go in the optional URL parameters section.

So long as you’ve set up your UTM tags correctly, you can find your conversions data by logging into Google Analytics and clicking on Acquisition > All Traffic > Source/Medium.

Lead generation campaigns avoid the reporting issue because they can achieve conversions in the form of sign-ups while keeping users on-platform the entire time. Your reports and results are more reliable because you’ve effectively minimized potential gaps in data.

Why should I make a lead generation campaign if the conversions I want are sales?

Even if your end goal is a completely different conversion like sales, lead generation campaigns on Facebook can be a long-term strategy for your advertising success without third-party data. Lead generation ad campaigns build quality first-party data lists that you can use for your other campaigns and to build effective lookalike audiences.

Why it’s happening: The fewer people that can be tracked across different sites, the smaller certain Facebook Ad Targeting Audiences are going to be. This is especially true for those who relied on Lookalike audiences as a staple for their ad campaigns because Lookalike audiences are constructed based on conversions data that’s now wildly inaccurate in many cases.

There’s also a second reason not directly related to the iOS 14 or 14.5 updates: Meta’s decision to remove certain types of targeting after they caused too much controversy. 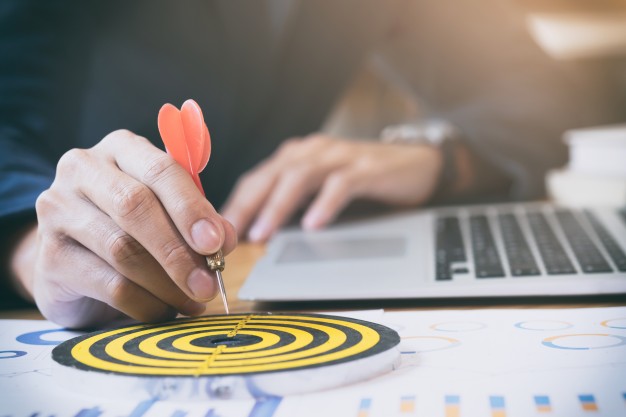 The best way to get around this issue is by using your own first-party data, but getting enough of this data if you don’t have it already can take some time. So in the meanwhile, it’s time to re-strategize how you target different audiences.

Instead of relying on the ad platform to target audiences for you, hone in on creatives that will catch the attention of your niche audiences, while setting up your campaign using broad targeting.

Again, keep in mind that Facebook’s algorithms still work just as great as ever in terms of optimizing where your ad is placed. So long as you ensure that your creatives are speaking to the right people within a broader audience, those within your target audiences will be the clicks, views, and conversions that teach the algorithm where and who to place your ad in front of for better results.

So in the end, you are still reaching and advertising primarily to your target audiences – you’re just using the algorithms ability to detect patterns to do so versus clicking a box from the start.

How do I know if my creatives can target my audiences well?

A surefire way of making sure that your creatives can reach your desired audiences is by reusing or recycling creatives that have worked well for you in other campaigns. For example, if you had a very successful Google Ads campaign using a certain set of creatives, recycle them by ensuring they’re optimized for Facebook Ad Image Specs and to better fit Facebook Ad formats. Set up a small test campaign for A/B testing, make a few other adjustments if needed, and voila!

In fact, now might be a good time to dig up and relaunch or recycle an entire Facebook ad campaign that worked for you pre-iOS14. Those campaigns still have vital data points that can greatly reduce the longer optimization phase of the algorithm and reach target audiences. You might have an older campaign that doesn’t require extensive changes in setup in order to be relevant now.

4) Problem: Retargeting Audiences Are Too Small to Deliver Results

Why it’s happening: Retargeting audiences have been equally impacted by the iOS14 update as lookalike audiences, especially if you have a very niche product or audience. Apple iOS device users can’t be tracked enough to even know whether they belong in your retargeting audience or not anymore, which has made this audience shrink drastically.

Without a change in strategy, using retargeting audiences for a Facebook ad campaign can result in your ad being shown to the same handful of people over and over again with minimal results and at a great cost. 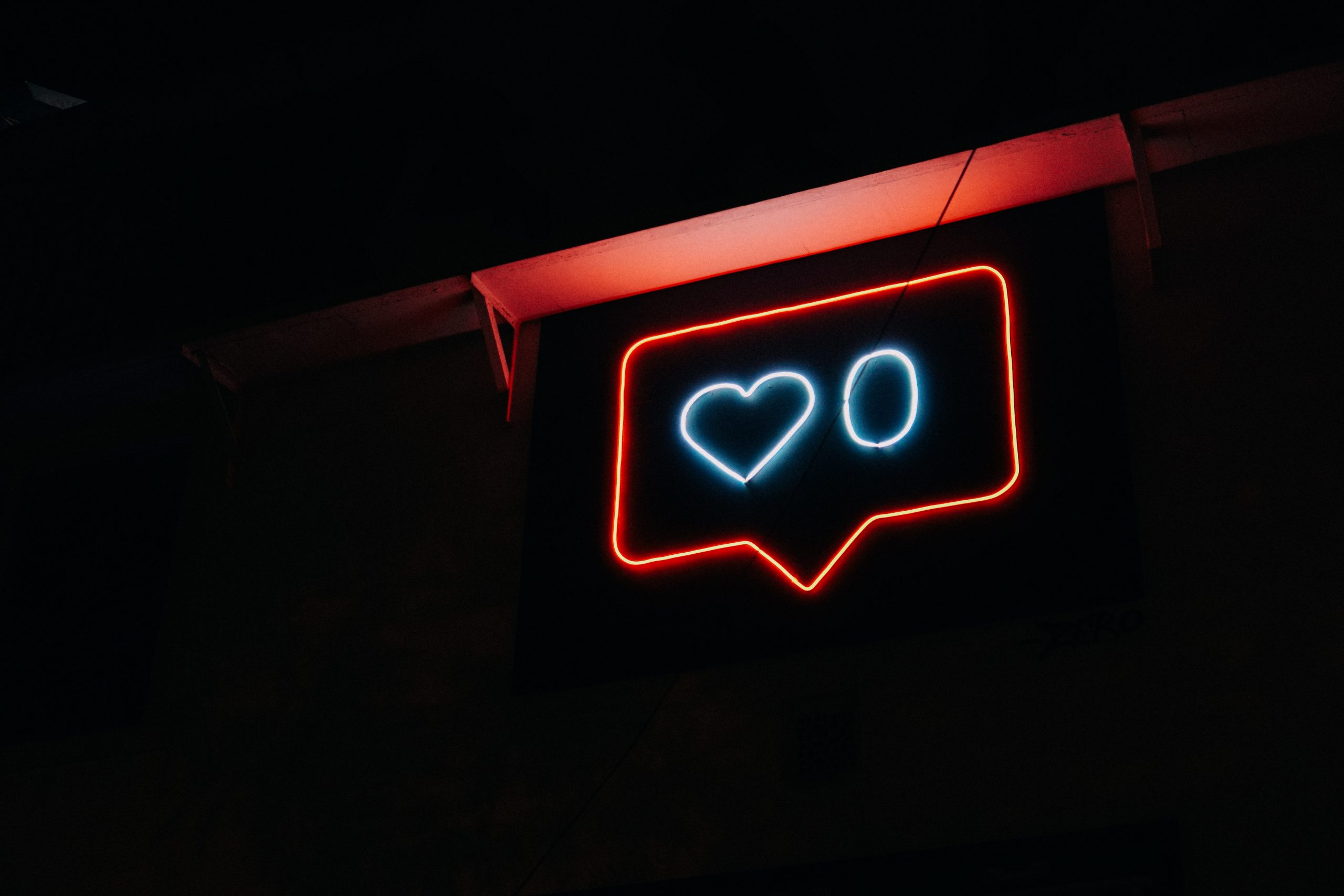 Similar to the previous solution, the first step to solving the issue of a limited retargeting audience is to focus your targeting via creatives, set up your campaign for broad targeting, and let the algorithm figure out how to target them through optimization.

To further expand your retargeting audience, set up a Lead Generation Campaign. The reporting and results will be accurate since it’s all on-platform, and you’ll end up with a sizable list of emails to use for retargeting campaigns in the future.

I don’t need to tell you that the iOS 14 update has tanked the Facebook advertising efforts of countless frustrated marketers and businesses. It’s frustrating to lose the control and success that Facebook ads so easily brought millions of people for well over a decade so suddenly, but by circumventing the signal loss caused by the lack of data from iOS devices with these strategies, you can ensure that it doesn’t drastically increase your CPAs, keep you in the dark about conversions, or impede your ability to reach your targeting and retargeting audiences.

They’re effective solutions, but they’re certainly not as easy and simple as pre-2021 advertising. If you want to be able to get results without all the headache and extra effort, hiring a Facebook ad agency maybe your ideal iOS 14-proof strategy.