Facebook lead ads are currently one of the best performing ad units on the entire internet. It’s the most effective way to legally gather targeted users information online. However, lead ads had one massive flaw. Because they didn’t direct to a landing page, it was impossible to classify them into remarketing lists. Until today…

Facebook launched a new feature yesterday that allows you to choose from three new engagement audiences when when creating a custom audience. Businesses can now choose from video, lead ad, or canvas. This article is going to focus more on how to create a custom audience form lead ads. 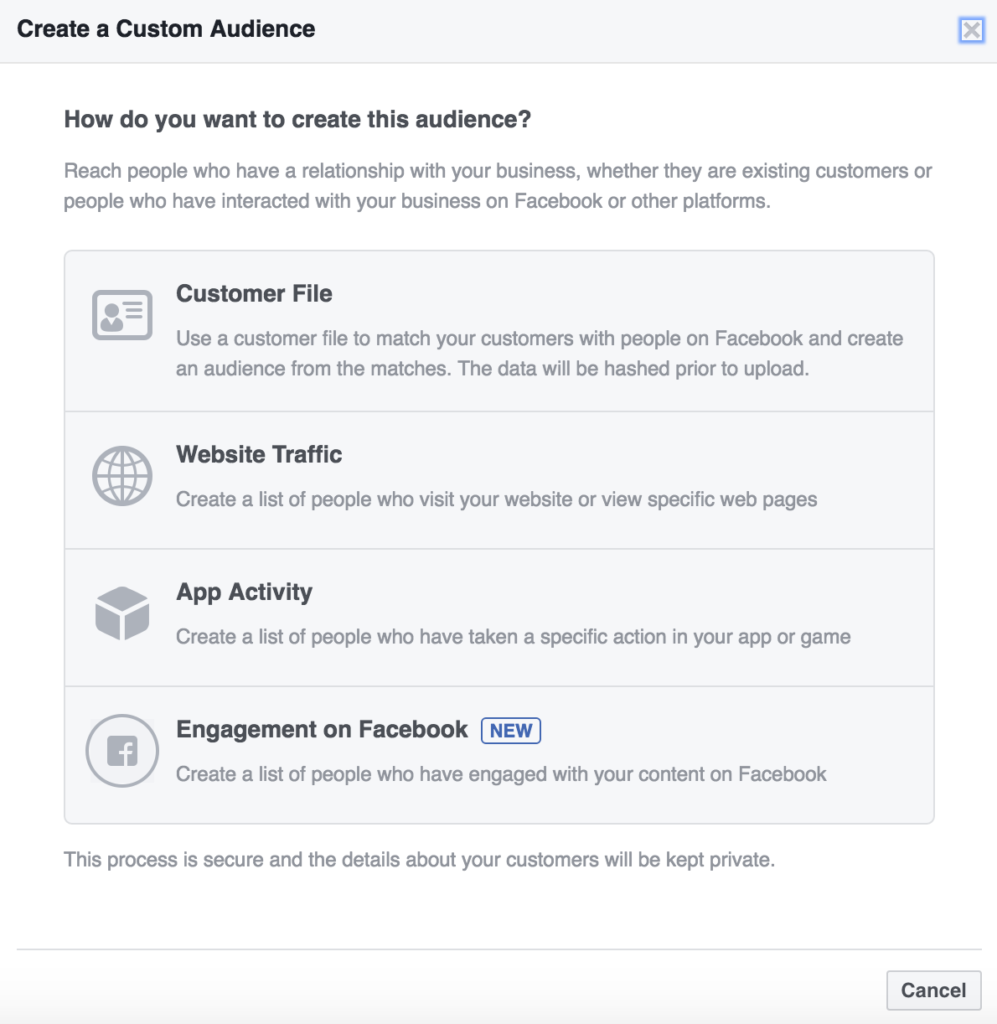 From this option, you’ll want to select the “Lead Ad” option, which allows you to create custom audiences based off users who have interacted with your lead ad forms. 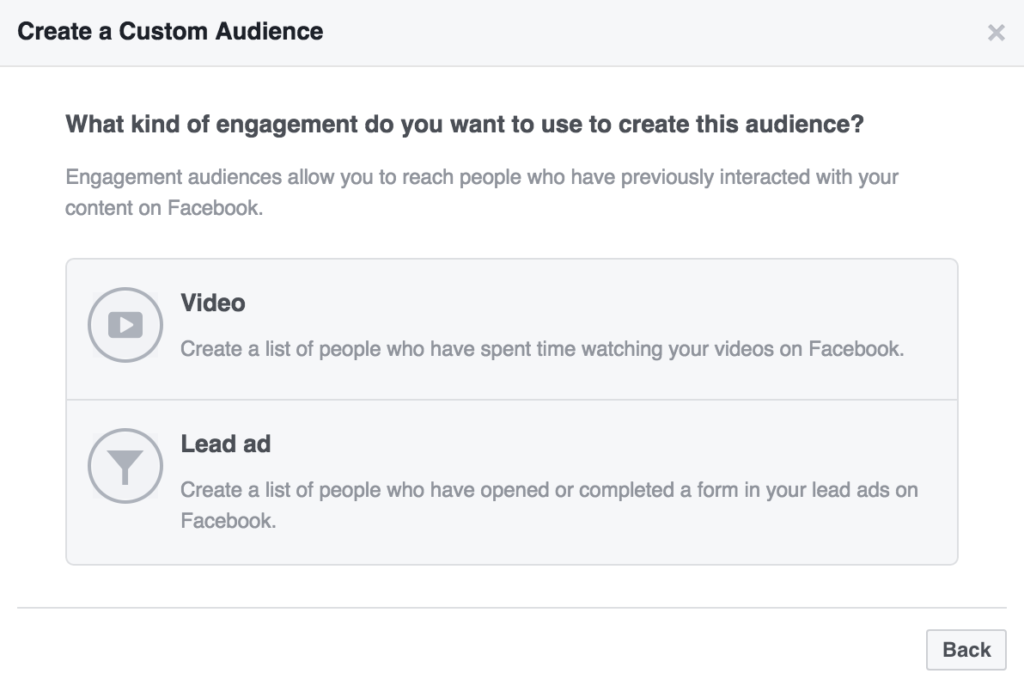 For the last step, select the type of Lead Ad engagement, which includes the following options:

Those who simply opened the form would be good to use for basic remarketing since it is a larger audience. Those who opened but did not submit the form should be targeted an ad that focuses on why they didn’t submit. Those who opened and submitted the form can be excluded from custom audience targeting.

Select your time parameters (the maximum duration for these audiences is 90 days) and enter in a audience name and description.

Select “Create Audience” and you’re done. Wait for a few minutes to hours for the audience to populate. 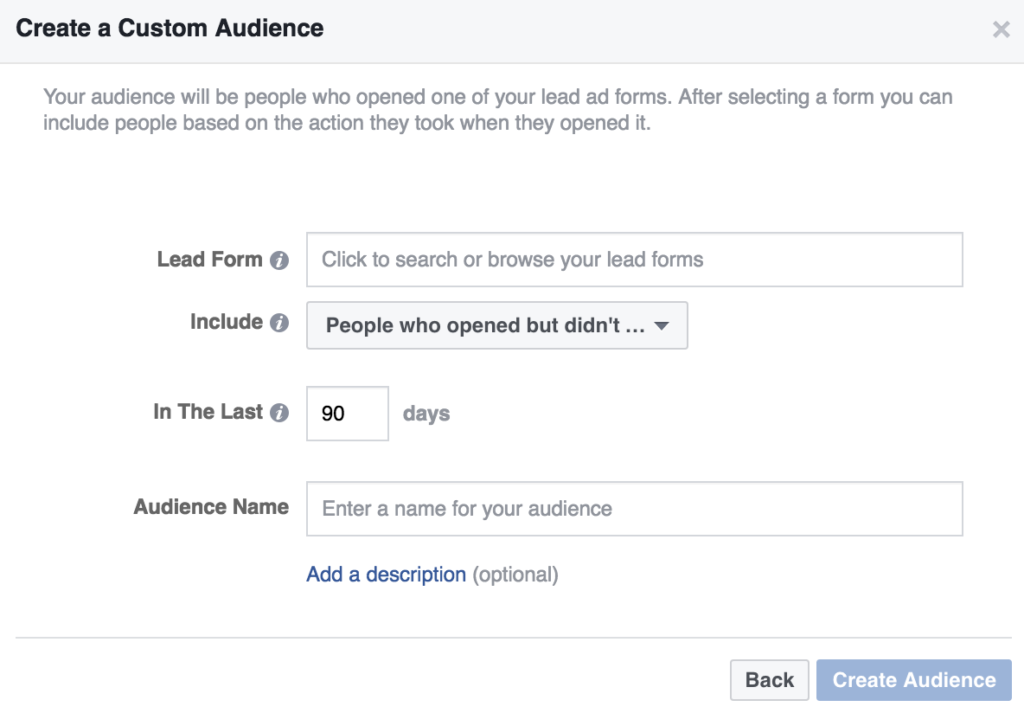 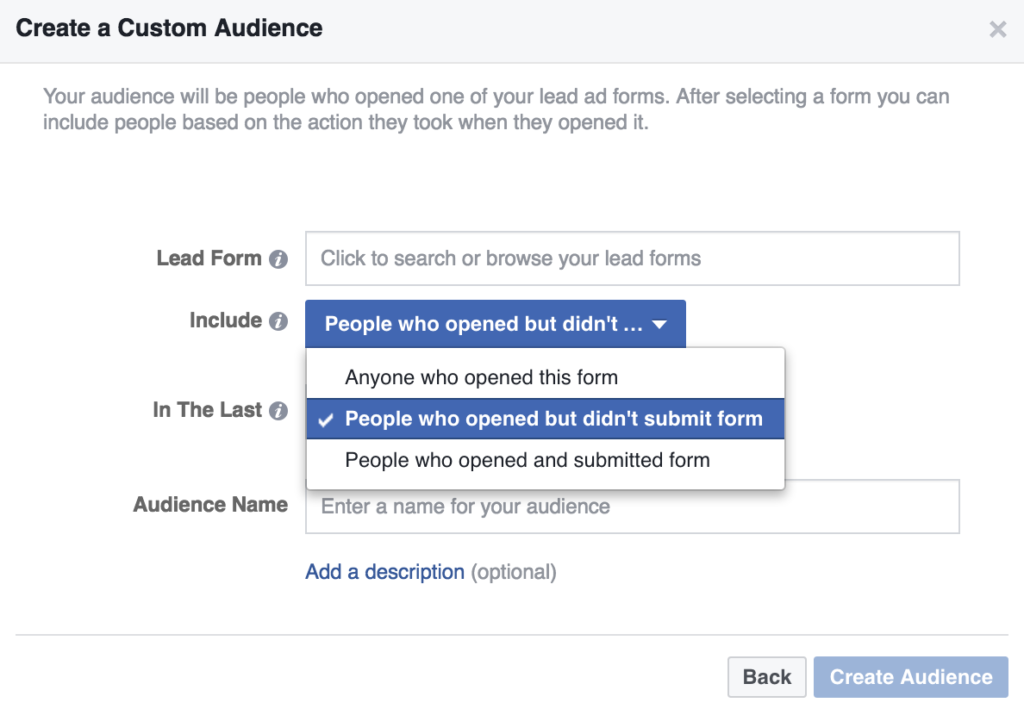 Once these are done, you can now set up remarketing towards people who have opened your forms, but not submitted. You can also exclude any users who have completed your forms to ensure there is no advertising overlap. That’s it, you’re all set.

If you’re currently using this, share your opinions in the comments below. 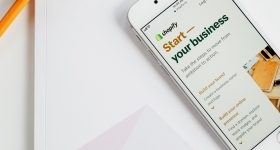