What is the Cost Per 1,000 People Reached Metric?

This metric, otherwise known as CPM, is utilized to conceptualize the average price an advertiser spent on every 1,000 people their ad campaign reached. It is calculated by taking the amount you spent on your ad campaign, dividing it by the amount of users you reached (a metric that Facebook estimates based off of the real data sample that it has), and then multiplying it by 1,000.

Keep in mind, this has nothing to do with clicks or engagement, however, a higher CPM can be an indicator of more clicks and engagement than otherwise.

CPM is a key part of analyzing and strategizing ad campaigns. No marketing toolkit is complete without it. It is similar to the CPC metric, but is analyzed on a much larger scale. It is up to you and your time to decide which one you may want to give more weight to.

Reach does not necessarily mean interaction. However, reach is the precursor to interaction. That is why it is so important to measure. Without reach or interaction, we will have no sales which is the lifeblood of any ad campaign, or really even any business.

Reach is therefore defined as something that was seen by a member of your target audience. Even if they didn’t click on your ad or page, even just seeing your product or name has made an imprint in their psyche that can not be understated. If they find themselves in need of a similar product as to what you are offering, your name will be one of the first that come up. Therefore, it is beneficial to spend money on an ad campaign to get a larger reach because you just increased your pool of potential leads.

Plus, it has value over impressions because it only counts unique views giving you a better idea of your true audience and the data that goes alongside them. 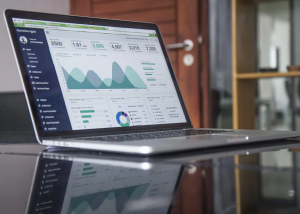 Why Should I Use This Metric Over Others?

This is a great way to look at cost-efficiency especially as you line up each ratio for your different ad campaigns. If your CPM for one campaign is looking shoddy, then that is a sign that something went wrong there. Whether it was the ad itself or how you utilized the Facebook ad auction, something has to change. Maybe place a higher maximum bid or target a different audience next time.